Hate to say 'Told you so,' but Froome will stay in charge 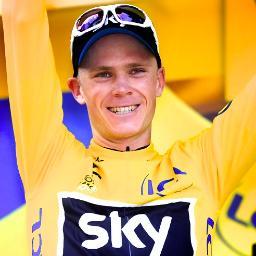 The outcome seems inevitable, but that doesn't mean that the intrigue and surprises are gone from this year's Tour de France.

Chris Froome turned himself inside out to win atop Mont Ventoux. He didn't have to finish first to remain in first place at the second rest day. It seemed important to him, though, that the overall winner take first atop the toughest climb in the 100th anniversary. He's branding his victory. I learned one thing at the end of the stage: riders are allowed to take oxygen to recover. Never saw that before. Froome wanted that win bad. Good for him: evidence of a champion's heart.

Because another time trial is coming up and because none of the other contenders can touch him in the discipline, expect him to expand his lead over his closest rival, Bauke Mollema,which stands at 4:14. As long as Froome stays on his bicycle, no one will catch him. His team, Sky, might have off-days, but he doesn't.


Nor will anyone touch Peter Sagan in the green jersey competition. Sagan boldly rode with the breakaway Sunday and took the 20 intermediate sprint points. His move was the equal of Froome's. Sagan didn't need to get in the break, but displaying his ability to do so showed his versatility, which should be a hallmark of the green jersey wearer. It's one thing to hide in the group for 200K, then pop out in the final 400 meters and take a sprint win, quite another to stay at the front over different types of terrain. Like Froome, Sagan should stand on the Champs Elysees in Paris with the green jersey, knowing that his victory was complete. His wheelie as he returned to the peloton added panache.


Tony Martin will try to win his second time trial of the Tour on Wednesday, though the hilly course favors Froome and the climbers.
Voeckler will try to win Thursday, when the peloton climbs Alpe d'Huez twice. He'll have to fight off his Europcar teammate, Pierre Rolland, and every other climber who has underperformed thus far. That list includes Tejay Vangarderen, Joaquim Rodriguez (my two fantasy team LOSERS), Andy Schleck, Alejandro Valverde, the Garmin boys. The list goes on and on. Expect Froome to get out of the way -- but not too far -- and let these guys punch each other silly.
Mark Cavendish will try to on the Champs Elysees for the fifth straight year.

So, is it "all over bar the shouting," as Paul Sherwen would say? No. As with life, the journey often proves so much more interesting and worthwhile than the destination. And Paris remains more than 500 miles in the distance.