Poor, poor Tejay, and a bonking yellow jersey gets penalized

But, really, so what? With others failing to pull away, even on a bad day, leader Chris Froome managed to gain ground on second-place Alberto Contador. 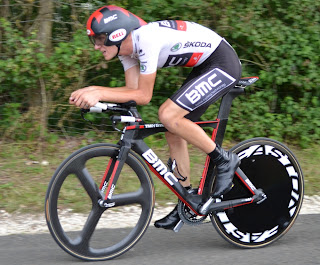 I felt bad for Tejay Vangarderen on that second ascent of Alpe d'Huez. Had he not suffered a mechanical problem with his gears on the previous descent of the Col de Sarenne, he wouldn't have been forced to waste energy chasing his breakaway mates, Christophe Riblon and Moreno Moser.

He paid for the chase dearly with about 5 kilometers to go on the second climb of Alpe d'Huez. You could tell he was tired when he flapped and slapped away at the annoying spec-TA-tors running at his side. He was too tired to focus on the task at hand and allowed the Bodystocking and Thong Goofballs to distract him. Then, he wasted what little energy he had shooing them.

His misfortune allowed Riblon to reconnect, then storm away to victory.

Christophe Riblon. The definition of a schlubbo rider. Anonymous. Got no reason to be in that position. But there he was, just as he was the last time he won a race: a stage to Ax 3 Domains in the 2010 Tour. The guy hasn't won anything since. Now, he'll go down in French lore as the man who won on the day that the peloton climbed Alpe d'Huez twice, in the 100th Tour. He'll become mythical.

Tejay Van Garderen will be left to hobble to the finish with nothing. Both should be wasted tomorrow and lose time.

Froome paid for his authoritative victory in the time trial Wednesday by bonking on the second climb of the Alpe. But, then so did Contador, who finished second in the TT. Froomie seemed to know that he was in trouble. Just before hitting the wall, he chatted with Faithful Richie Porte, then raised his hand. Faithful Richie Porte returned to the team car for a bottle. The tour judges saw through the ruse and penalized Froomie 20 seconds.

"If I've been given 20 seconds, I'll have to take that, but if you look at the technicality, it was actually Richie Porte who fed from the car, not myself," Froome said to reporters at Alpe d'Huez. "I fed from Richie Porte, so maybe that's something that needs to be taken in consideration."

This is two road stages in a row on which Froome placed blame for his actions on others. He blamed Contador's dangerous descending on Stage 15 for causing him to lose his balance on a descent to Gap. Well, if it's that dangerous, dude, back off. Let Contador take himself out, and you can ride safely past.

On the other hand, it's kind of nice to see Contador and Froome suffer, because it adds credence to their assertions that they are riding clean. You just don't crush a time trial, then turn around the next day and fly up Alpe d'Huez twice. 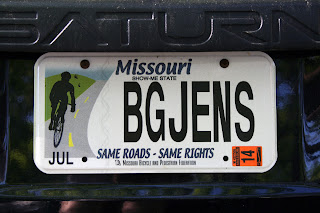